Home Reptiles Snakes How to Determine the Gender of Your Snake 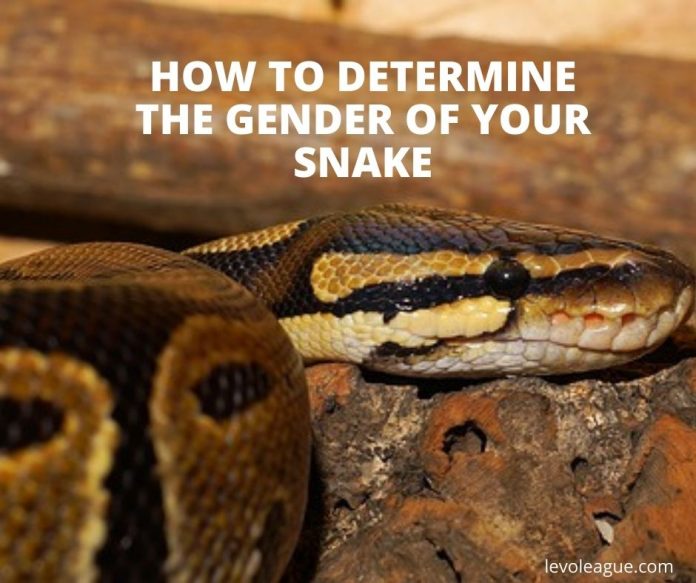 This article is aimed to assist snake enthusiasts who are new to captive breeding snakes. The most basic step is figuring out whether your snake is male or female.

This is the most conclusive way of telling whether a snake is male or female. The act of probing involves inserting a metal probe (available at professional herpetological retailers) into the vent of the snake in question.

If the probe tip goes in all the way, it’s a boy. If the tip hardly penetrates at all, it’s a girl. It is that simple. However, there are some risks.

Probing could potentially harm the snake internally by puncturing the membrane that houses the reproductive organs. However, with a little practice and attention to detail, this method can be mastered by the average snake keeper.

Another method commonly used within the herpetological community is a technique called popping. The popping technique is really only commonly used to determine the sex of young snakes, like newborns for example.

Probing a baby snake could cause major harm to their reproductive tract and render them sterile, so popping has become the most common practice when sexing newborns.

With your other thumb, gently apply a slight pressure on the tail base (otherwise known as the sub-caudal surface). This should effectively “pop out” the male’s reproductive organs.

If nothing happens, or very little becomes exposed, you know you’ve got a female. However, much like probing, this is a risky technique which could result in injuring the reproductive organs of both sexes.

Caution should be used when attempting the popping method for the first time and, for safety’s sake, always have a buddy on hand to provide assistance.

Besides looking for answers internally, there are other ways of determining the gender of a snake. Python are simple to sex due to their external clues.

Most male pythons, such as the popular ball python, possess a set of claw-like spurs which they use to stimulate females during mating. These spurs are very obvious and are located near the vent of the animal. If you find those obvious set of spurs, you’ve got a male python.

Snake enthusiasts also use another external method to determine the gender of snakes other than pythons. When sexing corn snakes or other colubrids, just comparing the tail length is a good indicator of gender.

Male colubrids have longer, more slender tails compared to a female of the same species. However, this method is only accurate if two snakes are compared side-by-side. In addition, size can be an indication of different gender.

In the snake’s world, the female is usually larger, although many experts warn that this is not the most conclusive way to determine the sex of a snake.

OK, now you’re ready to move on the next step. Good luck with your future breeding endeavors!

CBD Supplement: Does Your Dog Really Need It?

David Flatley - May 21, 2022 0
CBD supplements and products are rapidly growing in popularity.  While you might love using CBD oil for joint pain...

What To Do If Your Dog Is Not Eating

How To Make Dog Coat Soft and Shiny

Does Your New Puppy Cry In His Crate?

David Flatley - April 17, 2022 0
If the answer to that question is yes, don’t panic! Most puppies do cry in their crates at first, and although a...

Considerations To Make When Choosing a New Dog

David Flatley - April 6, 2022 0
Over the past year, millions of Americans have adopted and purchased new dogs. During the pandemic, people were looking for distractions to...