Home Pets Horses Considerations When Looking to Castrate a Horse 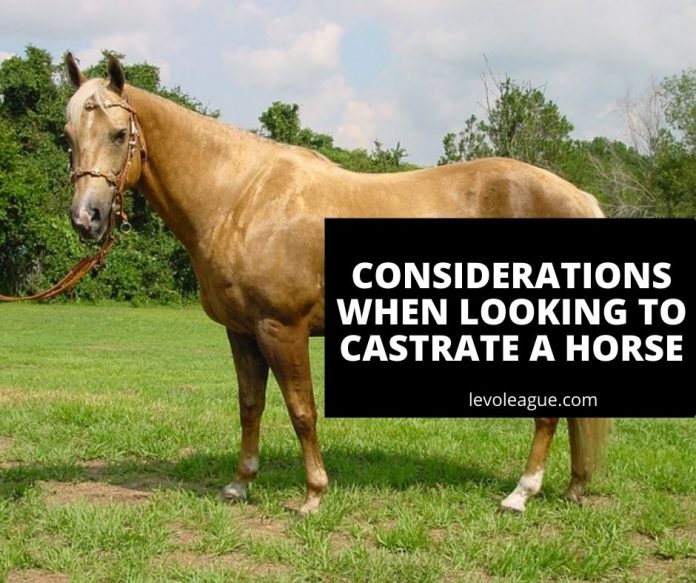 Also known as cutting, emasculating, or castrating, the gelding of a colt is a commonplace thing in the horse industry. There are a couple of ways to go about this.

Whether quite young or later on in life, a colt may be castrated for one or many reasons. The horse may be hard to manage or perhaps isn’t considered valuable as a stallion and so the decision is made to geld it.

There are generally two options put forward by a vet regarding how to go about gelding the horse. A standing castration carried out where the horse resides is one possibility while sending the male horse into an equine hospital to go under anaesthetic is the other option. Either way, the horse needs to be at an age where both testes have descended through the inguinal ring and are palpable by a vet.

A Standing Castration can be Appealing on a Financial Level

There will probably however be expenses associated with the vet having to make a call out. If the vet is already frequenting the farm for other reasons – mares getting lined up to be bred, perhaps – then this may not be an issue.

Others prefer the option of sending the horse in to be gelded under anaesthetic. This can be appealing to the owner who isn’t sure about post operative care or hasn’t a decent place on the property for the horse to be castrated.

Management of the Recently Gelded Colt 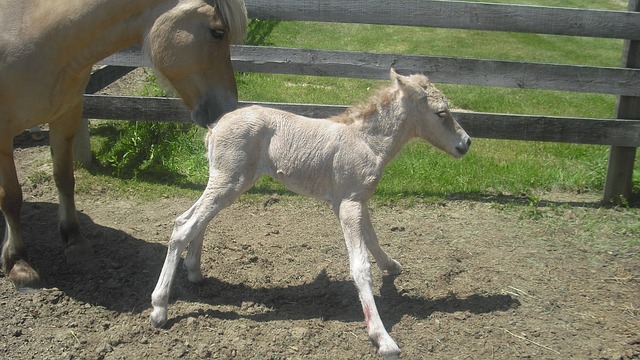 Post operative care of a horse that has been castrated should be pretty low maintenance. It’s not uncommon for the male horse to be swollen around the sheath area and this should be noted and monitored. Any concerns can be raised with the vet but the swelling should diminish over the short term.

Having a horse outside where it can freely exercise is definitely worth considering. Although technically a gelding, the sexually mature male horse should be kept away from fillies for a 60 day period. Sperm is produced over a sixty day cycle and although it matures and is stored in the testes, the gelding can still be carrying sperm in the conducting system and could impregnate a filly or mare.

Time of Year to Castrate

If post operative care is to be on farm and the horse is to be out in a yard or paddock then the time of year should be considered. Summer can cause irritations in the form of flies to an open wound while winter could cause issues with regards to mud. Spring or Autumn may be a better time of year to consider castrating a colt.

Before agreeing to such an operation on a colt, consider the time of year, costs and financial status as well as the after care of the horse. If well informed and prepared, the castrating and post operative care of a male horse should be manageable and not cause too much disruption or discomfort to the horse. 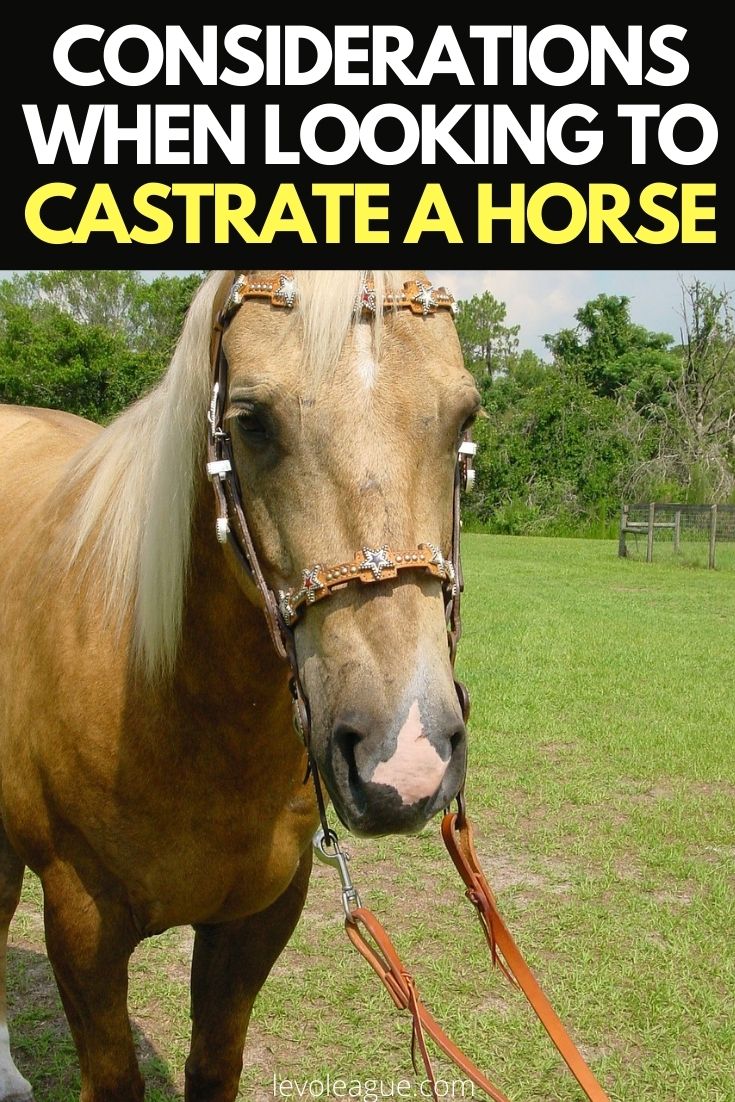